If you want to develop a website or mobile or web app but don’t know what to choose between Angular and React, this article will help you know the pros and cons of both and the differences between the two to aid you in making the final choice.

Though both Angular and React are great tools for developing exceptional web apps, comparing the two before finalizing one for your project is highly advised. As per experts, your comparison must be based on several criteria, including project budget and size, features you want to implement in the web app, interoperability, team expertise, etc.

Contents show
1 An Overview of Angular vs React
1.1 What is Angular?
1.2 What is React?
2 Angular vs React: Major Differences
2.1 Componentization:
2.2 User Interface Component:
2.3 Scalability:
2.4 Popularity:
2.5 Data Binding:
2.6 Flexibility.:
2.7 Community Support:
3 Angular or React- Which Is Better?

An Overview of Angular vs React

Launched in 2009 by Google, AngularJS is a client-side, open-source framework that Angular developers use for developing web apps, hybrid apps and single-page web applications. The AngularJS framework also helps extend the HTML dictionaries by backing libraries.

Angular comprises all elements that the developers require to create large-scale applications. And after the launch of Angular 13 last year, the framework gained massive popularity worldwide. In fact, leading businesses such as BMW, Forbes, and more prefer Angular to meet their front-end development and maintenance needs.

Might be helpful for you- Best Node js framework for 2022

Developed by Facebook in 2013, React is an open-source, front-end JavaScript library used to create amazing UIs (User Interfaces). Additionally, it also aids in developing mobile apps and single-page applications. The launch of ReactJS was mainly aimed to offer faster and better speed and make the app development process more scalable and easier.

React allows the developers to understand how their application would look and how the users will interact with it. React comes loaded with two significant features that JavaScript developers love- JSX and virtual DOM.

Angular has a fixed and highly complex structure as the framework relies on three layers: Model, View, and Controller. Angular allows the developers to segregate app codes in numerous files. That helps in repeated utilization of the templates or elements in different areas of the application.

Meanwhile, React doesn’t use a similar architecture. It offers a simple option to create element trees. Its library consists of functional programming wherein declarative components are found. The React code is logically structured and easy to read. They do not ask the developers to write any particular code.

The User Interface or UI component is a major differentiating factor between Angular and React. Angular comes with an in-built material design interface and components. Hence, it becomes fast and easy to configure the UI.

On the other hand, React community develops its UI integrations and tools. Besides, numerous paid and free UI components are available for you to choose from on React.

Ideally, both React and Angular feature a robust ecosystem. React is simpler to understand but requires several integrations such as Babel, Webpack, and Redux to reap its complete potential.

When selecting a tool, consider your project’s future scope.

Though React depends on several third-party software, you can still develop a maintainable architecture by rendering the server-side. Instagram, WhatsApp, and Facebook all use React, each being a big-sized app with a global reach.

Meanwhile, Angular comes loaded with all core features that the developers might require for scaling the existing application by including new functionality.

More people search for React over Angular, as per Google Trends. Besides, Stack Overflow announced React as the most wanted and loved web framework among developers (74.5%) in 2020. Angular, on the other hand, has a lesser rate, i.e., 57.6% of the developers want to work with it.

This proves that React is highly regarded and desired by developers. Meanwhile, Angular is popular owing to its several readymade solutions. However, as the two technologies are rapidly evolving and growing, both are famous in their own ways.

Data binding is all about synchronizing the data between UI and business logic.

Meanwhile, Angular uses a one-way as well as a two-way binding approach, which ascertains that model state changes automatically right after a UI component has been altered.

While the Angular data binding approach appears to be much simpler and more efficient, React offers a better and clearer data overview for big app projects.

Another differentiating aspect between React and Angular is flexibility. React allows developers to choose the libraries, tools, and architecture for their app development. That helps develop a custom application with the desired features and technologies. Thus, React has wider community support than Angular.

Compared to Angular, React receives more support from the development community on GitHub and GitLab. As per Stack Overflow, more developers work with ReactJS than Angular.

Angular or React- Which Is Better?

Ideally, there isn’t a concrete answer or explanation as to which is better, React or Angular, as both are great tools and have tons of benefits. However, it can be observed that React is a more popular and preferred choice than Angular among developers.

It is used more, grows continuously, and remains trendy. Moreover, React receives immense support from the development community too.  It is another pressing factor for businesses who want to develop their project on React and hire React developers for the same.

However, the final choice between the two will ultimately depend on the project you are working on and its requirements. Angular is an extensive framework, while React isn’t exactly a framework but rather a library. React doesn’t require a lot of coding, and compared to Angular based on performance, React shines out as a better choice.

Mrtechsonu.com is a participant in the Amazon Services LLC Associates Program, an affiliate advertising program designed to provide a means for sites to earn advertising fees by advertising and linking to Amazon.com. We may earn a small commission for our endorsements, recommendations, testimonials, and/or links to any products or services from this website. 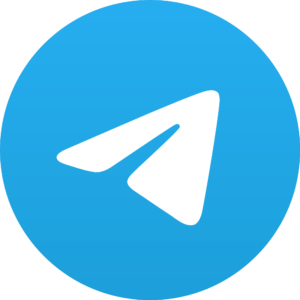